In order to have a precise control of the apogee, an airbrake module on the rocket was needed. 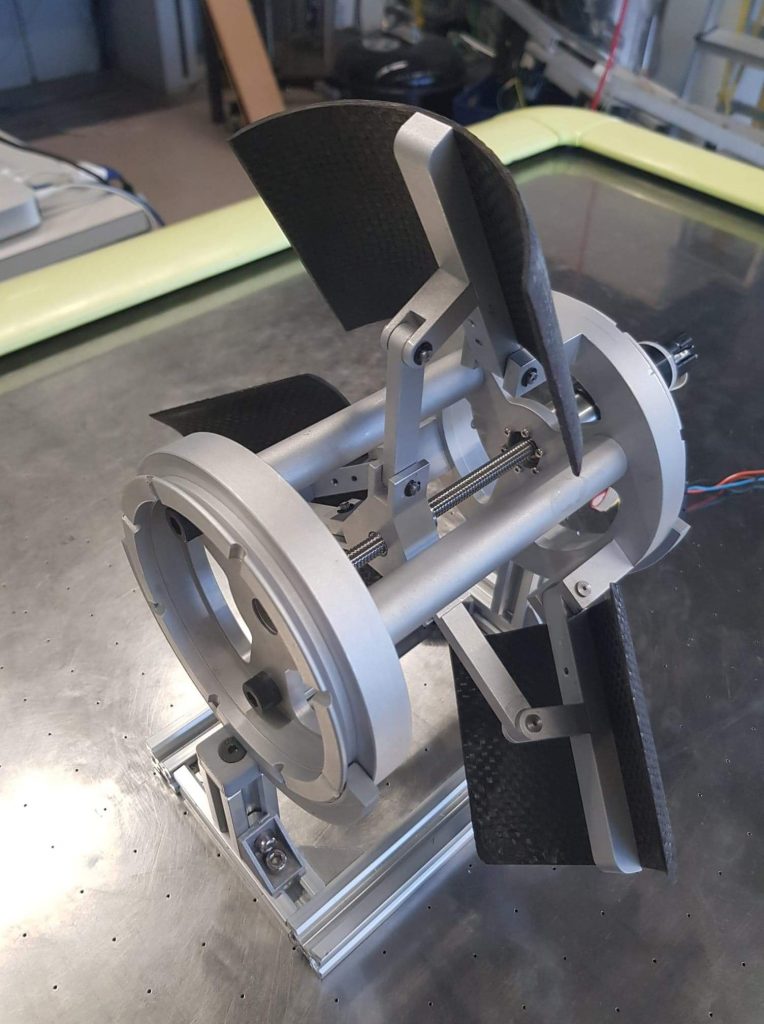 Two modules were designed and built: The Shuriken and The Flaps. In line with our modularity philosophy, both systems are interchangeable.

The Flaps module has 3 big braking areas coming out of the rocket thanks to a combination of a motorized worm drive and mobile rods.

The mechanism was optimized to have the smallest and the lightest motor, reducing the mass budget. With the rocket flying at Mach 0.8, The Flaps can deliver 240 [N] of added drag on the rocket, in 0.8 [s] of opening time.

After a design phase, manufacturing, implementation and testing, the Flaps Module was characterized in Formula 1 Sauber’s windtunnel.